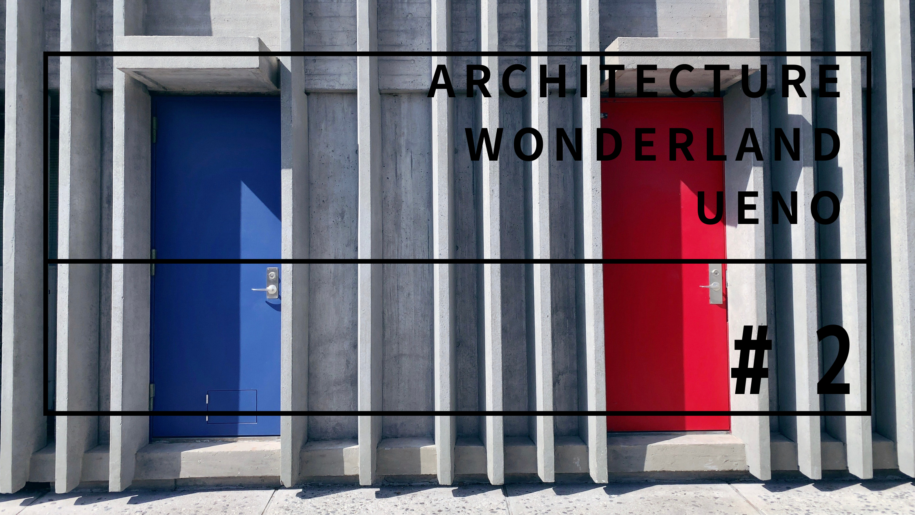 A World Heritage Site in Tokyo!

Why are cultural facilities concentratedin Ueno in the first place?

You will find an eye-catching silver sphere art sitting in the front yard of  Japan’s first public art museum (it was first designed in 1926).

Since the height of the building was limited to 15m by the scenic area regulation, about 60% of the building was buried underground and a courtyard was created to take in the light from outside. This low height and the warm colors of brick-like embedded tiles give comfort to the visitors.

These “Brick-like embedded tiles” are not bricks.  They are quake-resistant, and often used in Maekawa’s works.

After going inside, you probably can not resist taking photos of the pop-colored walls and chairs of red, green, yellow, and blue. This place is too fun!

There are many areas where you can walk freely even during the exhibition change period. You can just stop by the museum shop.

There are many areas where you can walk freely even during the exhibition change period.
You can just stop by the museum shop.

This is Japan’s first full-scale opera, ballet music hall standing in front of the National Museum of Western Art, by Le Corbusier. Contrary to the modest appearance showing Maekawa’s respect for the master, the interior has glittering gold walls, a starry sky ceiling, a spiral staircase in primary colors, a salmon pink-colored corridor!

The main hall has a bold design of the stone wall which looks like there is another building inside. 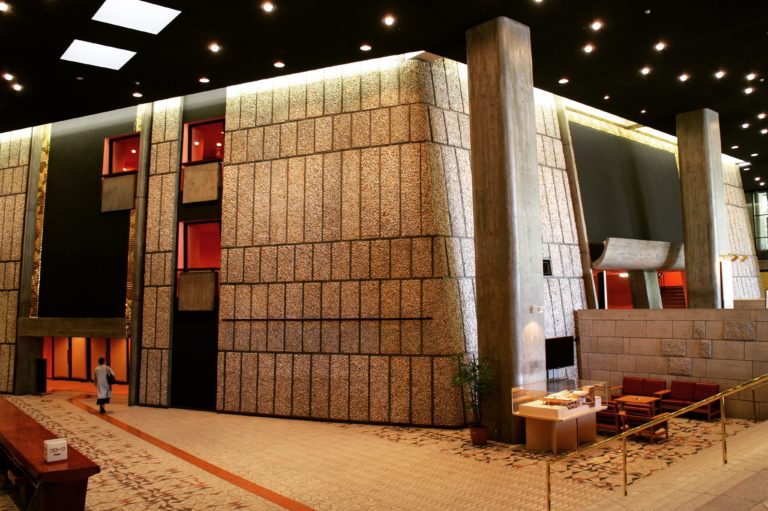 The sound quality of each hall is also well-established, known as “Ueno,” and admired by musicians around the world.

The library gradually expanded during three different periods, the Meiji era, the Showa era, and the Heisei era.

Even after that, the financial problem continued and the construction remained at 1/3 of the original plan for a long time.

In 2002, Tadao Ando, ​​who recently handles many renovation projects succeeded the extension plan. Based on the idea of ​​”making something that is not there by making use of something that exists”, he came up with the idea to “collide” old with new.

As the name implies, two new glass boxes collide with the old building, or… it might be accurate to describe that it’s penetrating the walls!

However, Ando’s beautiful glass works enhance the design while respecting the original design from a hundred years ago. 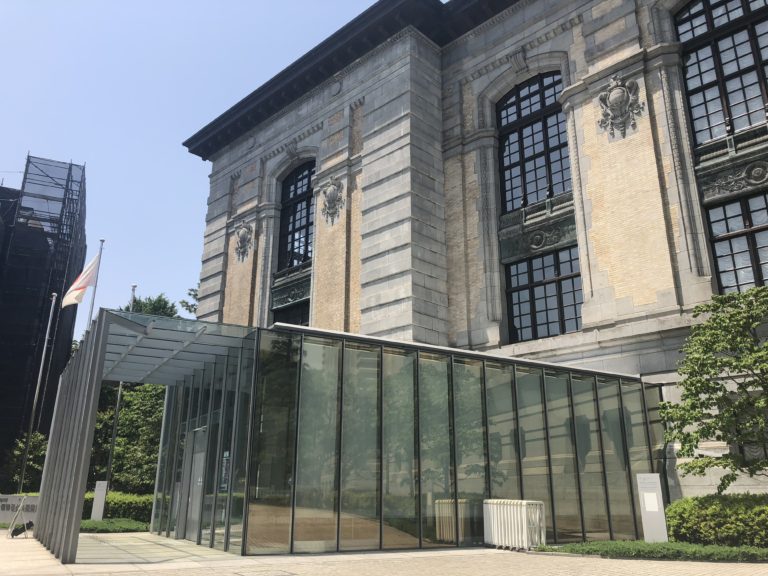 A World Heritage Site in Tokyo!

It was built as Japan’s first Western Art Museum to improve the cultural education of the Japanese people.

Although this is Le Corbusier’s only work in Japan, most of the design was entrusted to his Japanese disciples Kunio Maekawa, Junzo Sakakura, and Takamasa Yoshizaka. After arriving in Japan for a site visit, Le Corbusier sent a drawing with almost no dimensions. Three Japanese disciples decipher the drawings as if they were solving a puzzle, using the ideas and methods of the master as clues. It was such a simple drawing that disciples needed to take turns to visit their master in France and India for instructions and finally completed.

Imagining the hardships of the three architects in those times when communication was not easy without the internet, I feel grateful that the museum was completed and exists.

The museum uses many of Le Corbusier’s “Five Principles of Modern Architecture” which you can enjoy the museum itself as an art. It is a very interesting museum just by walking around paying attention to the design.

Of course, the collection is full of masterpieces!

Furthermore, the museum had a concept called “Infinite Growth Museum” where you can feel the playfulness of Le Corbusier.

It is a dream plan to expand (grow) the building from the center in a spiral as the collection of the museum increases in the future.

You may wonder which part has grown in the museum, however, no extensions have been realized until now.

Although the museum itself has not been expanded, a new annex was designed and constructed by Kunio Maekawa behind it.

*In July 2016, “Le Corbusier’s” Architectural Works-A Significant Contribution to the Modern Architecture Movement- “, including the National Museum of Western Art, was registered as a World Cultural Heritage Site.

Why are cultural facilities concentrated in Ueno in the first place? 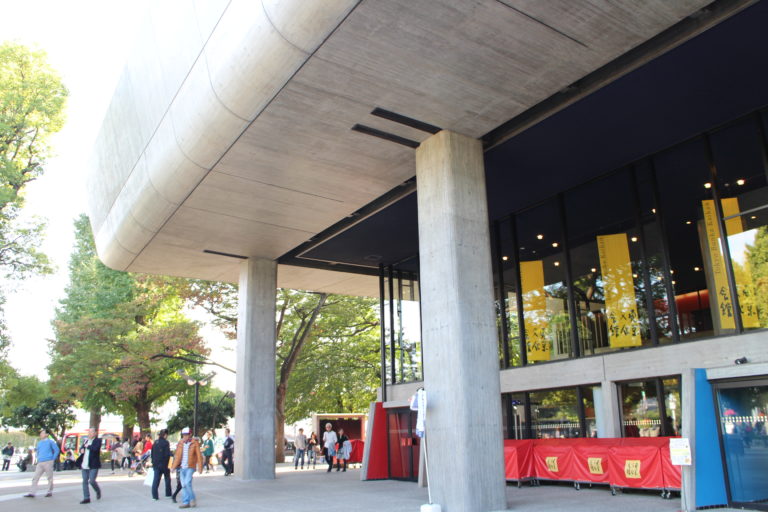 The current Ueno Park was originally part of the site of a temple called Kaneiji.

Ueno Park became a battlefield during the Boshin War and was later redeveloped as Japan’s first park.

The first exposition in Japan (National Industrial Exhibition) was held here in 1877, and this event triggered a plan to make this place a place for cultural events in Japan.

Starting with the establishment of the Ueno Zoo and the Tokyo National Museum in 1882, many of “Japan’s first” museums, art galleries, universities, libraries, and music halls have been built. Nine cultural and artistic facilities are now gathered in Ueno Park.

In terms of the same area ratio, it is surprising to hear that Ueno Park has more facilities than the area around the Louvre Museum in Paris and the Smithsonian Museum in Washington DC.

As you can see from the urban development here and there in Tokyo now, Japanese people like relatively new things and architecture would not be preserved just because it is old.

So Ueno Park is very valuable in terms of the fact that many of the historic buildings still remain untouched, and they are well-preserved.

Let’s take a stroll in the Ueno park while thinking about the history that each architecture had been witnessing for decades.